Why 3D printing is the future of manufacturing, not just a cool gimmick

By STG September 29, 2015
The next phase for 3D printing: Coming out of rapid prototyping and moving into the assembly line for end-use production. 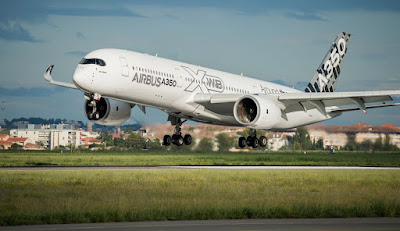 Airbus has produced more than 1000 flight parts on
Stratasys 3D printers for use in its A350 XWB aircraft.


New 3D printing processes have reduced the time it takes for designers and engineers to conceptualize, create, and test prototypes. But for 3D printing to catch on the rapidly changing manufacturing industry, it will have to be seen by companies less as a fascinating technological upgrade and more as an everyday business decision.

“Today 3D printing is still perceived as a technology solution, but the future of 3D printing is as a business solution,” wrote Joe Allison, CEO of SDM, in 3D Printing’s Imminent Impact on Manufacturing.

The report, pulled together survey responses given by 700 designers, engineers, and business executives, nearly half of whom work for manufacturing companies that pull in more than $50 million in revenue a year. Respondents came from the aerospace, medical, automotive, and energy industries, and all of them work for companies that are already using advanced manufacturing processes or plan to introduce things like 3D printing or direct metal laser sintering within three years.

So what, exactly, does SDM mean in saying that additive manufacturing’s future is as a business solution? As Allison writes in the report, the growth in 3D printing over the next three years will come in “end-use” production.

“What we’re seeing now, and what our customers are doing … is using this technology all the way through the product lifecycle process,” said Jim Bartel, senior vice president of strategy, marketing, and business development for SDM. In a call with Fortune, Bartel said that participants in the survey are looking for the return on investment after purchasing 3D printing equipment and training the staff to use it. “Engineers are creating cool parts off their printers, but what it comes to is: What’s the business value?” he said.

In other words, the next phase of 3D printing development within manufacturing companies will involve bringing 3D printing out of the realm of rapid prototyping and into the assembly line, where additive processes are used to make parts that end up on the final product. This is already happening in some industries, and Stratasys has a direction connection to some of this work. In November 2014, NASA’s Jet Propulsion Laboratory installed parts 3D printed by Stratasys onto one of its satellites bound for outer space. Airbus is using Stratasys’ production-grade printers to print flight parts for its new A350 XWB airplane; the first one of these planes delivered in December 2014 had more than 1,000 3D-printed parts installed in it.

“Within 10 years, every commercial airplane will have 3D printed parts on it,” wrote Allison in the introduction to SDM’s new report.

To prepare for this shift in 3D printing, one that will see more companies using additive manufacturing, especially with metals, to manufacture end-use parts, companies are staffing up, training new workers, and buying more 3D printing machines, SDM’s report shows that 73% of the 700 respondents to SDM’s survey said their companies plan to increase their in-house production of additively manufactured parts, a trend more pronounced in the aerospace and medical industries. But Bartel said that, as companies increasingly turn to additive processes to manufacture end-use products, more outsourcing will be done by companies without the financial resources to purchase the equipment and train the staff. SDM’s report shows that more companies are planning to outsource additive metal production over the near-term.

And printing in metals is key. According to Bartel, SDM’s customers, especially those in the aerospace and medical fields, are asking for and using aluminum and titanium, lightweight metals with considerable material strength. SDM’s report bears this out: At 84%, respondents ranked metals as the leader when it comes to which materials they’d like to see developed further for additive manufacturing in the future. SDM predicts additive metal use overall to double in the next three years.

“If you wanted to print a full airplane wing, you could theoretically do it,” Bartel said.

“People really have been looking at this [additive] technology historically more as a technology solution,” said Bartel, “but it’s now meeting business needs for customers.”