By STG September 02, 2015
Over the past year or two, the idea of 3D printed fashion has been exploding all over runways everywhere, but are 3D printed fashionable outfits and accessories really what the modern woman needs? Wouldn’t they be better off with an extra layer of 3D printed protection in today’s hostile and dangerous urban environments? That is, in a nutshell, what Nitzan Kish was thinking about while working on the 3D printing ‘Me, Myself & I’ project, which resulted in a gorgeous, yet slightly intimidating modular set of self-defense wearables for the modern women.

Fortunately, Nitzan was happy to answer a few of our questions regarding this fascinating project. As she explains, she has recently acquired her degree at the Bezalel Academy of Arts and Design, in Jerusalem, and this project was her final project as part of her studies. ‘I am 29 year old. I'm a professional photographer,  a fashion designer and goldsmith,’ she tells us. ‘In the past three years I was an assistant teacher in 3D software and did tutoring for students in Bezalel Academy. I believe that through the 3D printing we will be able to create things that we could not create in any other way. I think that this is the next industrial revolution, and it will change the way we think and consume.’ 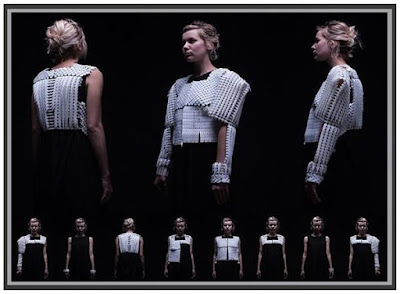 And with this project, she certainly approaches 3D printed clothing from a very unusual perspective. While we’ve seen numerous examples of stylish clothing in the past, this set is functional and perfect for protecting yourself. As Nitzan explains, this project has drawn inspiration from her own childhood. ‘Since I was a child I was interested in self-defense. My father taught my brothers and I Karate and I also learned Ninzitzo,’ she tells us. ‘In my final project, I decided to externalize self-defense in a functional way in order to  make people think and ask questions about  self-defense for women: Why do we need it? Why do women have to wear armor when they go to the public sphere?’

While you might think this is somewhat exaggerated, a quick look at the harassment and violence statistics of Nitzan’s own Jerusalem (or any major city in the world) emphasizes that there really is something to this concept. ‘The harsh figures from Israel for 2014 attest to every woman suffering from sexual harassment.  One out of three women suffers a sexual assault and approximately 80% of women in Israel live in constant fear from sexual assault.  One out of every four women in Israel suffers an attempted rape,’ Nitzan says. ‘In a study published in May, 2015, 98% of sexual assaults were not reported at all, due to the lack of faith among most of the public in their police force and authorities.  This means – there is a problem, but there are no solutions from either the authorities or among the existing proposals for self-defense.’ 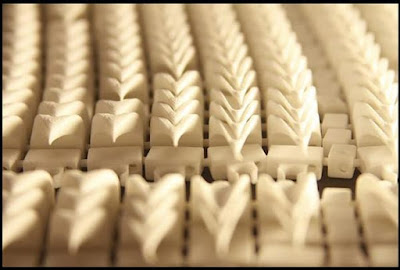 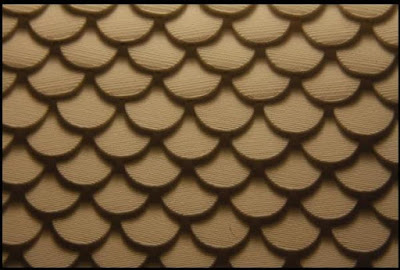 Those shocking statistics really put this project in perspective, as Nitzan is simply trying to make a difference. ‘The answer is that at the moment there is no other choice. If we talk about these issues now, maybe we can educate the future generations, so we would not have to dress for self-defense,’ she says, but until that time a little 3D printed help might not be such as bad thing. What she has come up with is a set of modular 3D printed clothing solutions, all revolving around interlocking links that remain flexible but functional. ‘These links combine to form articles of clothing with a varied ability for movement:  a link that operates as a rope, flexicuffs or spike in strategic body locations (back and elbow).  The wearer can choose which options to use and can dissemble the entire article of clothing and wear parts of it as well,’ she explains. ‘Each part is composed of special links whose design optimally serves the means of defense for which they were created. Women around the world can print the items, wear all or parts of the cloth and be equipped with a ready means for self-defense and survival on their bodies.’

What’s more, to her knowledge and ours, there are currently no 3D printing projects out there that revolve around women’s self-defense and survival – though obviously there are some for 3D printing weapons and armor for cosplaying and larping purposes. As you can imagine, the design process for such extensive prints was time consuming. Design itself started in October 2014, with the final concepts being worked out digitally in February of this year. ‘The printing process was not easy. At first I designed a relatively simple links, and through them I learned the capabilities of 3D printers. At first I used Stratasys printer that are located in Bezale Academy and the printers of Synergy R.M. Company,’ she says – something all of us will be jealous of.

And as these objects are supposed to be somewhat durable after all, Nitzan eventually resorted to using Nylon 12, rather than the weaker plastics we are used to. ‘At this point in the process I created collaboration with ARAN Company. They helped me print many parts that will eventually fit the links the new material The printing time is difficult to assess because the process of printing the sheets takes several weeks,’ she adds. Fortunately, Nylon 12 is printed so well it hardly needs post-print processing, though she obviously experimented with several coloring options. At the end, she had assembled 24 different textile sheets, each featuring hundreds of different links. 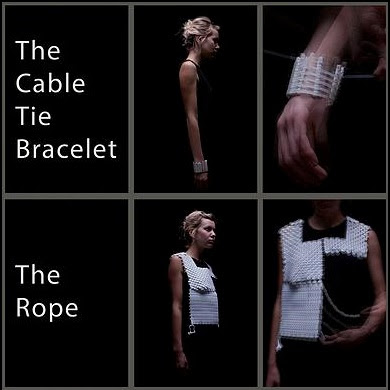 So what’s the goal of these fascinating prints? Well its two-fold, really. At one side, there is the actual goal of protecting women everywhere, and for that reason Nitzan is planning to make her 3D printable files as available as possible through the web. ‘For women around the world, the accessibility and exposure to the project via an open or accessible code will enable them to print all or parts of the clothing with a 3D printer, offering them the possibility of self-defense, adapting the clothing to their needs and enabling them to react swiftly to what is occurring around them,’ she says.

But more importantly, Nitzan has realized that this project has also served to start discourses on women’s safety. ‘Increasing awareness on these matters enables women to understand that even in cases where they may have to cope with terrifying situations alone, they are not alone. We belong to a group with a common denominator that can grant enormous power to its individuals,’ she explains. 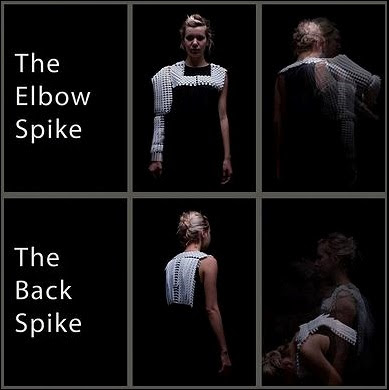 It’s therefore great to learn that Nitzan hasn’t stopped with this project, despite graduating successfully. Her dream is to continue this line of work in the form of clothing and accessories that can be worn by women everywhere, but that will obviously take a lot of time and effort to realize. ‘I have many ideas for accessories and outfit that can be used for the protection and survival of women that can be worn on different parts of the body,’ she concludes. In short, we will see a lot more of Nitzan’s interesting work in the near future.