By STG September 02, 2015
“To traditionally manufacture a prototype ship rudder in wood or plastic is a very skilled and labor-intensive job and typically takes up to three weeks to produce. With our Stratasys in-house 3D Printer, we can produce parts within a day, which after cleaning, are ready for final assembly." Michael Neumeier, Mechanical Design Engineer at Hamburg Ship Model Basin (HSVA) 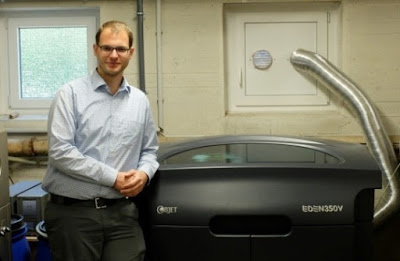 Since the installation of its Objet Eden350V 3D Printer, the company has been able to quickly produce strong, high performance plastic prototype parts while reducing production costs and upholding high standards of quality and precision.

“A full-size ship is a complex geometric form with many complicated shapes that have to be re-produced true-to-scale,” explains Michael Neumeier, Mechanical Design Engineer at HSVA. “To traditionally manufacture a prototype ship rudder in wood or plastic is a very skilled and labor-intensive job and typically takes up to three weeks to produce. With our Stratasys in-house 3D Printer, we can produce parts within a day, which after cleaning, are ready for final assembly. 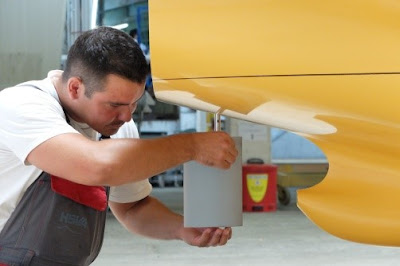 Assembly of a Stratasys 3D printed rudder, which can be
produced much faster than with traditional fabrication methods

With in-house production capabilities, HSVA has far more flexibility to respond to last minute customer requests. For example, one of the most advanced marine propulsion systems is the azimuth propulsion drive (also known as “Pods”), typically very difficult to produce and assemble. The Pods features a strut which needs to be removed in order to change the gearbox.  A prototype design for the strut was 3D printed, allowing fast access and repair.

“Being able to print the various parts on our Stratasys 3D Printer makes assembly much easier. This has seen us slash lead times by as much as 70%, which has resulted in significant cost reduction of around 30%,” he adds. 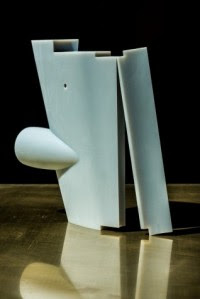 “The integration of our additive manufacturing solutions at HSVA in Germany and the incredible difference it is making to their design and production process is indicative of the efficiencies enjoyed by customers across a host of industries,” says Andy Middleton, President of Stratasys EMEA, “Material advancements in particular enable the production of tough, realistic prototypes that can endure rigorous functional testing during the development phase.”

The privately-managed and independent Hamburg Ship Model Basin (HSVA) has provided research and consultancy services to the worldwide maritime industry for over a century. The company has influenced and led developments of testing technology, methods, standardization and numerical procedures to solve complex hydrodynamical and structural problems during the development of new ships and other maritime objects.