How Will 3D Printing Reshape Society?

By STG June 26, 2015
At the recent Inside 3D Printing conference in Melbourne, we had time to sit down with Omer Krieger, Stratasys’ General Manager for Asia Pacific and Japan. We learned what excites him about 3D Printing’s future in Australia and beyond, and reading between the lines, where Stratasys will fit into the mix. This allowed us to think through Krieger’s ideas about how 3D printing will shape the ways we’ll be living next. 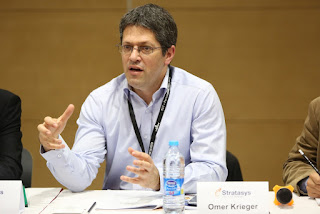 How we live by the goods we get
Before we get into the conversation with Krieger, consider that, over the last few centuries, a number of specific technologies have changed the patterns of production and trade. Shipping allowed access across the oceans, railways opened up continents, and highways allowed freight to find customers in ever-expanding cities and suburbs.

More recently, the trendy-again urban planning concept of ‘aerotropolis’ suggested that the new input-output interface of modern 21st century economies would be the airport. No longer would our intercity connections be defined by the land and sea. And, putting aside terrorism, climate change, and resurgent localist cultures, globalization was coming, again, and with wings on.

In this vision of the modern ‘aerotropolis’, airports function as physical hubs that grow cities around them, aided by internet-based commerce and vastly extended supply chains that crisscross along flight routes. Read More >>