By STG June 22, 2015
Surgeons have successfully implanted a titanium 3D-printed prosthetic jaw in a Melbourne man in an Australian-first operation.

"It really makes the fit truly patient-fitted, truly customised, as opposed to 'we're close enough' and it's something that I think will become the norm in the future as technology has become cheaper." 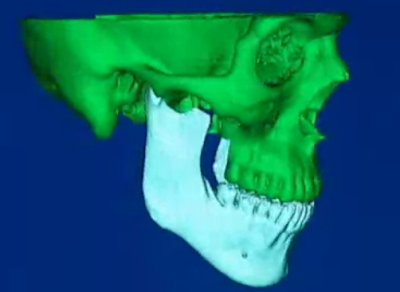 It is hoped the success of the locally designed and tested part will lead to high-tech export opportunities.

The patient, 32-year-old psychologist Richard Stratton, was missing part of his jawbone including the left condile, the joint to the skull.

He believed part of his jaw never grew properly after he received a bad knock to the jaw during childhood.

In the past few years, he has suffered increasing pain while chewing or moving his jaw and he has not been able to fully open his mouth.