A NEW MINDSET IN PRODUCT DESIGN


The terms “3D printing” and “additive manufacturing” refer to processes that automatically build objects layer by layer from computer data. The technology is already well-used in many sectors including transportation, health care, military and education. Uses include building concept models, functional prototypes, factory tooling (such as molds and robot-arm ends), and even finished goods (such as aircraft internal components). The aerospace and medical industries in particular have developed advanced applications for 3D printing. 3D printing is sometimes referred to as “rapid prototyping,” but this term does not encompass all current uses for the technology. Materials used in 3D printing include resins, plastics and, in some cases, metal. 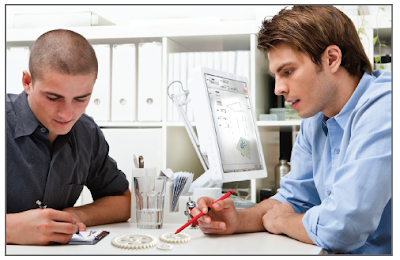 The earliest method, stereolithography, has been around since the late 1980s, but adoption was limited because of the toxic chemicals it required and the fragility of its models. Other technologies have evolved since then, including fused deposition modeling (FDM®). FDM, introduced in the early 1990s, lays down super-thin layers of production-grade thermoplastic, yielding comparatively durable models.

Since 3D printing’s inception, system reliability and model quality have increased, resulting in diverse applications. At the same time, prices have gone down to the point where some systems are affordable even for small businesses. In a 2011 report, Wohlers Associates predicted that worldwide annual sales of additive manufacturing systems will reach 15,000 units by 2015 — more than double the 2010 rate. Lower-priced professional systems will drive most of this growth.