By STG October 19, 2015
Jay Leno has a lot of old cars with a lot of obsolete parts. When he needs to replace these parts, he skips the error-prone machinist and goes to his rapid prototyping 3D printer. Simply scan, print and repeat. 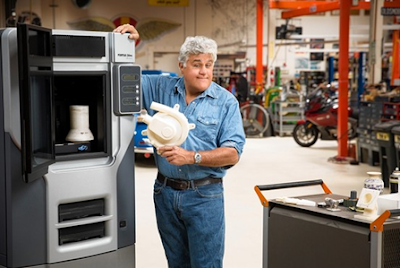 Learn the benefits of 3D Printing for the classic car industry. Come visit Objective3D at stand 107 at the Motor Classica and you stand a chance to win $300 worth of 3D Printed Parts

One of the hardships of owning an old car is rebuilding rare parts when there are simply no replacements available. My 1907 White Steamer has a feedwater heater, a part that bolts onto the cylinders. It's made of aluminum, and over the 100-plus years it's been in use, the metal has become so porous you can see steam and oil seeping through. I thought we could just weld it up. But it's badly impregnated with oil and can't be repaired. If we tried, the metal would just come apart. 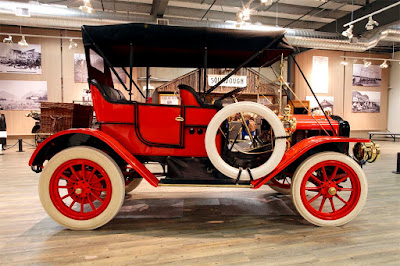 So, rather than have a machinist try to copy the heater and then build it, we decided to redesign the original using a 3D scanner and Stratasys Dimension 3D printer. These incredible devices allow you to make the form you need to create almost any part. The scanner creates a highly detailed digital model. The 3D printer makes an exact copy of a part in plastic, which we then send out to create a mold. Some machines can even make a replacement part in cobalt-chrome with the direct laser sintering process. Just feed a plastic wire--for a steel part you use metal wire--into the appropriate laser cutter.

Inside the printer, the print head goes back and forth, back and forth, putting on layer after layer of plastic to form a 3D part. If there are any irregularities in the originals, you can remove them using software. Once the model is finished, any excess support material between moving parts is dissolved in a water-based solution. Complexity doesn't matter, but the size of the object does determine the length of the process. Making a little part might take 5 hours. The White's feedwater heater required 33 hours.

Any antique car part can be reproduced with these machines--pieces of trim, elaborately etched and even scrolled door handles. If you have an original, you can copy it. Or you can design a replacement on the computer, and the 3D printer makes it for you.

People say, "Why not just give the part to your machinist to make?" Well, if the machinist makes it wrong, you still have to pay for it. The scanner allows you to make an exact copy in plastic, fit it and see that it's correct. Even when you take plans to a machinist, it can be tricky. Say the part must be 3 mm thick here and 5 mm there. You get it back and then, "Oh no, it doesn't fit; it's too thick," or "It's too thin." My setup lets you create the perfect part. And you could press the button again and again--and keep making the part--twice the size, half-size, whatever you need. If you have a part that's worn away, or has lost a big chunk of metal, you can fill in that missing link on the computer. Then you make the part in plastic and have a machinist make a copy based on that example. Or you can do what we do--input that program into a Fadal CNC machine; it reads the dimensions and replicates an exact metal copy.

Some guys are so used to working in the traditional ways. They're old-school. So they've never seen this new technology in use--in fact, they're not even aware it exists. When you work on old cars, you tend to work with old machinery like lathes, milling machines or English wheels. When someone tells you that you can take a crescent wrench, for example, scan it, then press a button, copy it, and make a new wrench, these guys say, "Well, that's not possible. You can't make the little wheel that moves the claw in and out. You'd have to make it in two sections."

But they're wrong. You can duplicate the whole tool.

They stand in front of the machine and watch a wrench being made, and they still don't believe it. It's like The Jetsons. George Jetson would say, "I want a steak dinner." He'd press a button and the meal would come out of the machine, with the roasted potatoes and everything, all on one plate. We may not have the instant steak dinner yet--but my 3D Scanner system is like the car-guy equivalent.

If you had a one-off Ferrari engine, you could scan each part and then re-create the entire motor. Right now, we're scanning a Duesenberg body. It's a classic example of high tech melding with old tech. There are cars sitting in garages around the country, and they haven't moved in years for lack of some unobtainable part. Now they can hit the road once more, thanks to this technology.

My 1907 White engine would never have run again because its slide valve (or D-valve) was shot. We built that part, and now the car is back on the street.

Let's say you have an older Cadillac or a Packard, and you can't get one of those beautifully ornate door handles. You could go to the big swap meet in Hershey, Pa., every day for the rest of your life and never find it. Or you could take the one on the left side of your car, copy it, use the computer to reverse it, and put that new part on the other side. 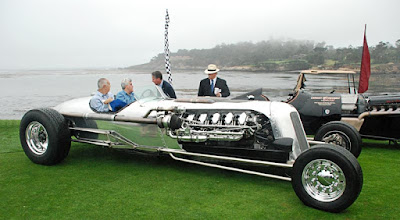 It's an amazingly versatile technology. My EcoJet supercar needed air-conditioning ducts. We used plastic parts we designed, right out of the 3D copier. We didn't have to make these scoops out of aluminum--plastic is what they use in a real car. And the finished ones look like factory production pieces.

When I was in high school, a friend's father bought the new Pulsar LED watch. He paid $2200 for it. It had a red face; you pressed a button, it lit up and gave you the time. The next year I bought a similar watch from Texas Instruments for $19.99. I went over and showed it to my friend's dad, and he was sooo angry.

These 3D Printing machines are not suited for mass production, but they work well for rapid prototyping. Just as eBay has made many swap meets go away, this machine could eliminate the need to go to eBay for parts. Think about it: What old part do you want to make?

Learn the benefits of 3D Printing for the classic car industry. Come visit Objective3D at stand 107 at the Motor Classica and you stand a chance to win $300 worth of 3D Printed Parts