By STG August 03, 2015
We have heard about many groundbreaking applications of 3D printing in the medical arena — far too many to list here. Simply stated, 3D printing’s ability to produce quality products customized from body scans to the exact specifications of the patient, positions the technology to make great contributions in a variety of medical and dental applications. Recently “headway” is being made around the use of 3D printing for “CranioCaps” to treat a condition in infants’ known as Flat Head Syndrome. 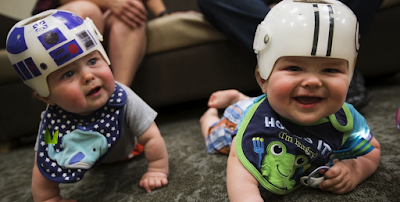 In 1992, the American Academy of Pediatrics launched a campaign called skull2“Back to Sleep” to raise awareness about placing infants on their backs while sleeping, in order to prevent Sudden Infant Death Syndrome (SIDS). While this has helped reduce SIDS cases, more and more infants now sleep on their backs — potentially leading to what is commonly called Flat Head Syndrome. Flat Head Syndrome is a condition that occurs when a baby positions his or her head the same way repeatedly. This positioning can either occur on the side or the back of the head, and over time the pressure on that part of the head flattens it. 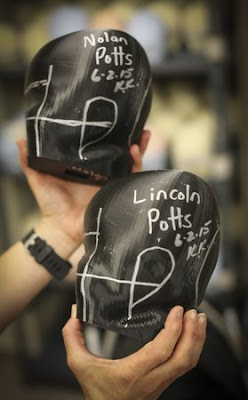 One way to correct this condition is by outfitting the babies with helmets, also known as “CranioCaps” that are custom-fitted for the babies to wear during a critical 14 week growth period. You can imagine that 3D printing can come in quite handy making these customized CranioCaps, and it has!

skull59 month old twins, Lincoln and Nolan Potts, are two such lucky babies who have received support healing from Flat Head Syndrome. One got a conventionally made CranioCap, while the other receieved a 3D printed version. First it was Nolan’s turn. St. Paul, Minnesota’s Gillette Children’s Specialty Healthcare scanned Nolan’s head, emailing it to a carving company in Florida. It took about a week for the modeled head to arrive back, and work could then begin on vacuum-molding Nolan’s CranioCap. 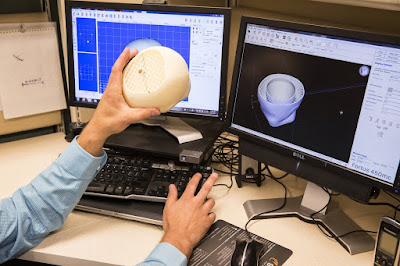 Nolan’s twin, Lincoln, benefitted from the luck of timing, as the hospital had purchased a “$225,000, refrigerator-sized” Stratasys 3D printer by the time they were ready to start on his own CranioCap. It took 5 hours overall: three hours to make the replica of Lincoln’s head and two to make the CranioCap. Stratasys machines make the head molds that lead to CranioCaps. The twins’ mother was delighted by the presence of 3D printing technology in her child’s treatment program, calling 3D printing “awesome” and saying she first heard about it on the television show “Grey’s Anatomy.”

Gillette Children’s Specialty Healthcare reports that it treats around 1,100 children with Flat Head Syndrome annually. According to one 1996 study, this syndrome saw a dramatic rise from 1 in 300 to 1 in 60 infants diagnosed. (But there is no definitive study of the rate of occurrence of Flat Head Syndrome today.) Just the case numbers that Gillette Children’s Specialty Healthcare sees annually proves that the Stratasys printer will definitely be a welcomed addition at the hospital, as more babies, like Lincoln and Nolan Potts, get treated in an efficient manner with hopefully full recovery awaiting them.