The Real Cutting Edge: Getting a Handle on Stone Age Tools with Stratasys 3D Printing

By STG July 16, 2015
Stone-age hand-axes were a functional utility tool as well as prehistoric status symbol, demonstrating primeval man’s ability to adapt, innovate and use technology to improve his lifestyle and long-term existence. Among the stone-age community dating back to the Paleolithic Period some 700,000 years ago, hand axes were a sign of success, extraordinary skill and man’s ability to provide for his family. 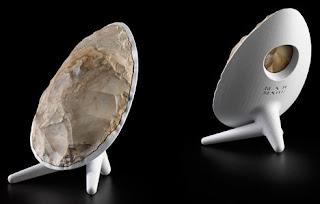 In celebration of this historical milestone, these stone-age tools have received a contemporary 3D printing upgrade. In a collection entitled ‘MAN MADE’, designers Dov Ganchrow and Ami Drach have recreated a series of nine stone-age tools, in collaboration with leading 3D printer manufacturer, Stratasys. 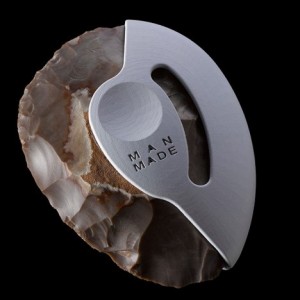 The MAN MADE series of hand-axes includes flint stones formed using the primeval method of knapping – the art of striking flint with another stone to create a new form. In the stone-age, this production technique was absolutely ‘cutting edge,’ requiring remarkable expertise and enabling primeval humans to learn life-changing new skills: the ability to cut meat, scrape skins, chop wood, dig holes and self-defense against wild animals. However, some flint hand axes recovered from ancient times were either too large to be handled easily and used practically or had no wear signs from being used. As such, it is thought that primeval men also used larger hand-axes as a symbol of their social standing and virility.