By STG July 22, 2016
It’s amazing what you can do with a combination of 3D scanning and reverse engineering solutions. This project for scaling down a full-size Formula 1 racecar, for which Artec Eva 3D scanner was used, is one of the many examples showing that 3D tech application opportunities are, indeed, limitless. 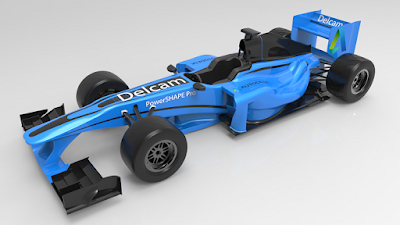 The project was initiated by a Birmingham-based tool manufacturer that tasked Artec’s British partners Central Scanning and leading supplier of CAD & CAM solutions Delcam with making a scale model of their F1 car so it can be 3D printed at a size of approximately 300 mm.

The car was 3D scanned by Central Scanning, and then the collected data was modeled in Delcam’s reverse engineering software package PowerSHAPE. 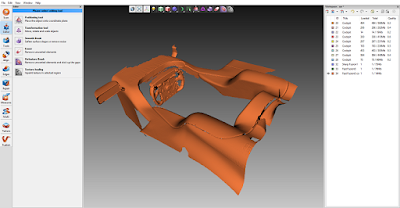 “This scan was done by us as a test to see what could be achieved using two types of scanning systems,” said Paul Smith of Central Scanning.

The main body of the car was scanned using Steinbichler Comet L3D scanners, and then the driver’s cockpit, steering wheel, wishbone suspension, rear spoiler, wing mirrors and areas that could not be easily reached with Steinbichler Comet were scanned with Artec Eva.

“We selected the Eva because of its portability and speed, plus we do not need to add markers, it easily follows the graphics,” Paul said. 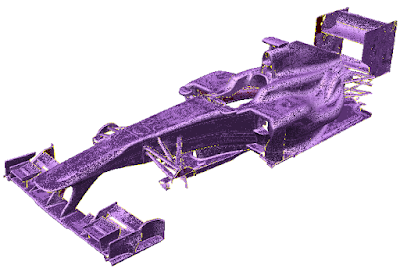 The car was scanned in the owner’s reception area and workshop; both areas had good stable lighting but no direct sunlight because this would affect the data capture.

Paul has shared with us a few tips on how to scan car parts easier.

“Adding something behind the wishbone suspension units, like paper with graphics, enables the scanner to track the texture and capture the geometry of the thin wishbone,” he said.

There were some dark carbon fiber areas around the wishbones – those were sprayed very lightly. Light reflections around the spoiler areas were also sprayed lightly to ease and quicken the capture.

“We liked using Artec Eva because it needed no calibration and was quick to set up and capture in these tricky areas,” Paul said.

Most of the data was processed using standard settings and without texture during global registration to speed up the process. Artec and Steinbichler big data sets were then merged in PolyWorks.

As James Slater of Delcam explained, “The front and rear fins of the car were modelled as solids, created by taking sections through the mesh, extruding them and then merging the separate pieces together using simple Boolean operations. This work was actually done by a summer placement student, who had only had one week’s training before embarking on the project. Meanwhile, one of our more experienced engineers was tackling the more demanding surface construction needed for the body. The end result was a fully detailed, hybrid surface and solid model that would be virtually impossible to make using any other software. Of course, one of the most important things in any RE project is to have a high quality, accurate mesh to start with.” 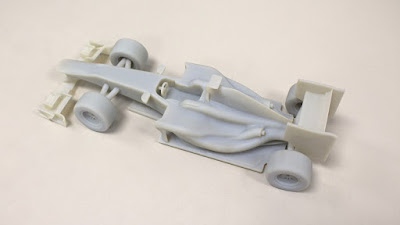 The car was surfaced at full size. Once it was scaled down, some of the thinner areas, in particular the wishbones and spoilers were thickened up in PowerSHAPE. The model was then 3D printed on a Stratasys 3D printer with a print layer of 0.016 mm. 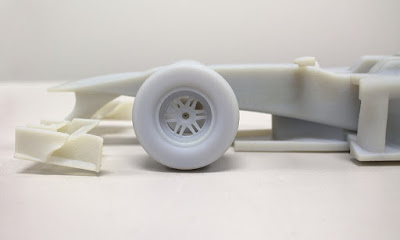 ARTEC 3D Scanners are available in Australia and New Zealand from Objective3D, a complete 3D Scanners and Printing Solutions provider. To arrange for a demo, please call 03-9785 2333 (AUS) 09-801 0380 (NZ) or submit a demo request