The fastest qualifier coming into the finals, Reardon, using a 3D Printed Spike Plate, got his nose in front to stop the clock in a time of 12.13 seconds - a mere one-hundredth of a second in front of Russia's Anton Prokhorov.

It was sweet revenge for Reardon, the 25-year-old having to share the gold medal two years ago at the world championships in Lyon in 2013 with Germany's Heinrich Popow​.

"I probably didn't get the time I wanted, but when people look back, how I got there won't matter.
"It will just show me as world champion, and that's so exciting."

The result is the culmination of more than a decade of determination and training. 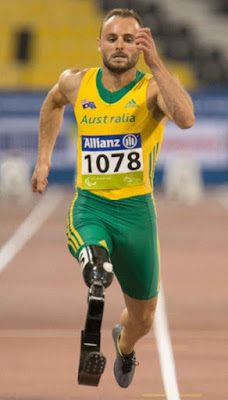 The Spike Plates which Reardon used in the Championships were 3D printed by Objective3D Service Bureau. This was made possible when Matthew Crawford from the the Australian Institute of Sport (AIS) approached Objectvie3D in search of a solution for their Paralympic athletes.

According to Hugh Tevelein, Operations Manager at Objective3D, "We were able to use our Objet Connex3 to print a rubber like spike pad with PP like spikes using Endur material, although through testing we quickly found the rubber was tearing away from the Endur spikes under load while running. We needed a hard plastic that was able to withstand a small amount of flex without fracturing. We printed a whole spike pad using the Endur material which worked a treat, just enough flex while maintaining excellent impact resistance. We have since also printed spike plates in Digital ABS material on the Objet printer as well as Nylon printed plates from our EOS SLS machine. For the world championships Scott took away three different plates to see what worked best in the conditions." 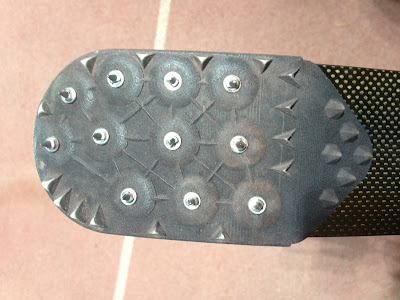 "16 commercial grade machines and a broad range of material combinations readily available at Objectvie3D Service Bureau allowed for a smooth Research and Development process which provided a definite advantage in determining what worked and felt the best for Scott." 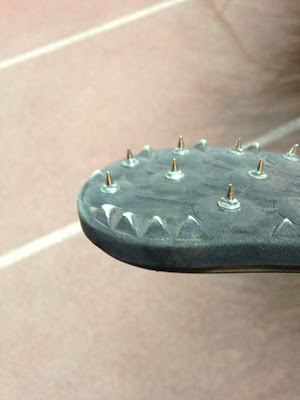 In 2002, Reardon severed his right leg through the knee when his shoelace caught in the power take off shaft of a tractor.

He spent a month in hospital recovering and amazed doctors by re-learning to walk in just one week.

Reardon continued to water-ski on one leg, representing Australia three times at the water-skiing world championships and winning the world title twice in 2007 and 2009.

He attended a Paralympic Talent Search day in 2006 and was immediately identified as having the potential to run on the track at the London 2012 Paralympic Games.

Reardon won a silver in the 100m at the London Games and narrowly missed a medal in the 200m, finishing fourth, spurring him on to next year's Paralympic Games in Rio.

"I train my backside off to achieve the best," Reardon said.

"This is just a motivator for even more.

"The standard out there was crazy.

"Two of the faster guys in this event couldn't be here, but everybody else really stood up and made the race a challenge for us toward the front.

"I want to take the next step and believe that I can do that, break the 12-second barrier, and hopefully become a Paralympic champion."

After juggling water skiing and athletics for a while, Reardon - who hails from Temora in country NSW - moved to Canberra in 2009 to train at the AIS and focus on his athletics career.