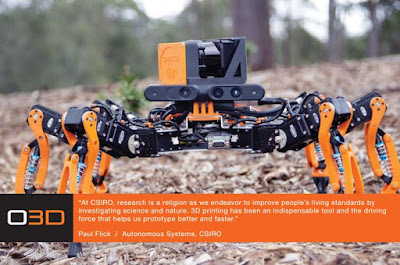 The Commonwealth Scientific and Industrial Research Organization (CSIRO) is one of the largest and most diverse scientific agencies the world. CSIRO researches a variety of disciplines from agriculture to energy, manufacturing to space, improving the future for Australians and the world. CSIRO’S accomplishments include pioneering radio astronomy work leading to the invention of WiFi, development of extended-wear contact lenses and a vaccine that protects against the deadly Hendra virus.

3D Printing Streamlines Research
In many CSIRO studies, researchers developed testable prototypes and gathered data by securely attaching multiple sensors to moving robotic devices in order to finalize designs. Prototypes created for tests were often held together with double-sided tape or zip ties, because using traditional fabrication methods (such as milling or cutting) or outsourcing were too costly and time consuming. 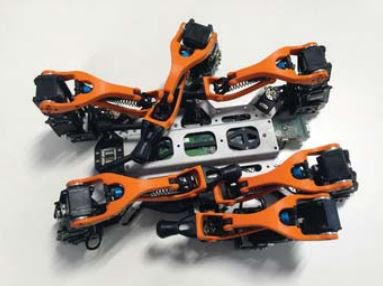 “Efficiency has been a huge factor contributing to the success of a research project for us, and 3D printing has been the integral accelerator for some of our projects with its highly reliable technology and durable ABS materials,” Flick said.

“Now, if someone comes up with a brilliant idea at the end of the day, it is possible to send the CAD file to one of the 3D printers and have the part ready the next day,” Flick said.

This agility sped the development of a GPS-enabled cattle monitoring sensor. A key goal was to design a collar that could house the solar panels, electronics and batteries while withstanding the rough movements of the animal. This system tracks the movement of the cow via GPS, accelerometer and barometer information that is then transferred to a base station for studies. Finalizing this design took many iterations that would have taken the team weeks or even months using a traditional fabrication method. Instead, it took only days to print, assemble and test to confirm the design using 3D printing, allowing the team to begin developing the data-reading parameter ahead of schedule. 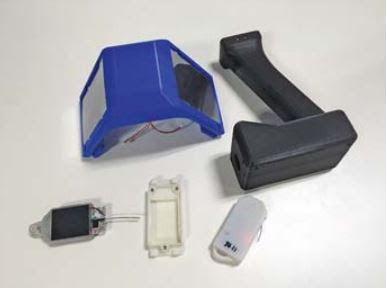 Extending the Robotic Reach
Since the Queensland lab facilities added 3D printing, its machines have been running nonstop, providing predictable results faster and more cost-effectively. For example, assembly tests for a hexapod, which can travel on uneven terrain to collect natural-science data where wheeled robots can’t go, took advantage of strong ABS material to ensure the robot prototype could withstand high impact and oscillation.

“At CSIRO, research is the religion as we endeavor to improve people’s living standards by investigating science and nature. 3D printing has been an indispensable tool and the driving force that helps us prototype better and faster, eventually pushing the limits of possibility in the many sectors that we work in,” Flick said.

While the CSIRO lab continues to seek answers to some of the world’s most challenging questions, 3D printing is enabling its researchers the ability to create applications and systems with greater efficiency.

Objective3D is Australia and New Zealand’s leading provider of Stratasys and Concept Laser 3D Printer Solutions for designers, educators and manufacturers. We are the only Stratasys reseller in Australia and New Zealand that provides both 3D Printer Solutions and 3D Printing Bureau Service through a state-of-the-art Additive Manufacturing Centre which houses the largest range of FDM and PolyJet Machines including consumables and spare parts. With more than 1500 orders received and over 100,000 parts produced annually, Objective3D Service Bureau is helping companies in diverse industries create extraordinary new products at every phase of the production process. Objective3D is an ISO 9001 compliant company and has won the Stratasys Customer Satisfaction and Support Award in 2013 and 2015 for the Asia Pacific region.