Bowling down the Competition

By Objective3D and Redeye Australasia April 03, 2014
Strike Bowling recently ran a competition for new designs to go on their new revolutionary high tech shoes. These shoes are so cutting edge, they even have anti-theft devices built in!

With such a major facelift, Strike bowling contacted Method Studios to help with the launch.

Method Studios came up with a great concept ... to project the best designs on a big 3D shoe ... a really big 3d bowling shoe!

So big, that they needed a big 3D printer for the job - so they contacted RedEye Australasia to 3D Print shoes specifically for the launch. RedEye Australasia offers the largest build volume in Australasia and a great solution to people wanting to print large items in a single piece.


An actual Strike bowling shoe was scanned to produce a CAD file which was then 3D printed using FDM in ABS in a Stratasys Fortus 900MC. A 900MC allowed these large shoes to be built in a single piece. They were then sanded and supplied to Method Studios for the launch parties. The shoes measured approximately 850mm long x 200mm wide and 350m high. 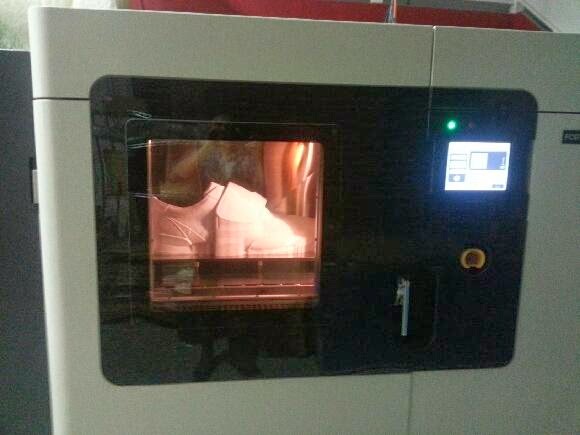 For more details on the 900MC, visit Objective3D.com.au.

The design was chosen from 1658 entries with the top designs showcased in the video below.