By Objective3D and Redeye Australasia September 29, 2011 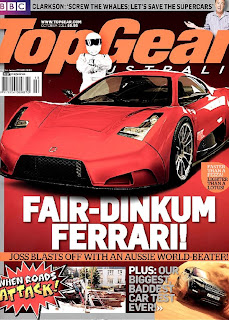 Well Done Joss! It is a credit to this innovative Australian Company that their Supercar features in this month's issue of Top Gear.

The prototype of the JP1 was on display at this year's Melbourne Motor Show, as showcased in a story by Performance Drive (July 2, 2011).

Now Top Gear are giving this Aussie Supercar it's due credit.

RapidPro proudly built the wind tunnel prototype which featured alongside the full size vehicle at the 2011 Melbourne Motor Show. 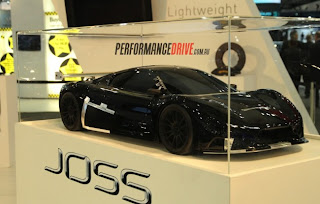 The model was made from ABS-M30, with a sparse fill interior. This ensured minimum cost for maximum return. The ABS-M30 prototype was then finished by JOSS to look like the full sized Super Car.

The total size of the completed prototype was 1000x400x300mm. It was built in six parts which were then chemically welded to ensure accuracy and strength for the extremes of wind testing.

To read more about JOSS visit their website, and get yourself a copy of the new issue of Top Gear ... out now.