By Objective3D and Redeye Australasia August 25, 2011
The promise of 3D printing has finally taken off with the development of a drone that takes just a week to create. 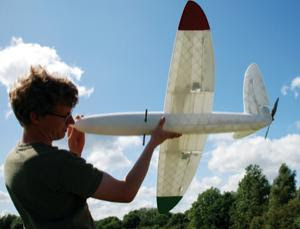 The plane parts took just two days to design and a further five days to print, making "Sulsa" as it is called, a one-week plane. And customising future variants of this ready made design would take only minutes on automated design software, says Jim Scanlan of the University of Southampton.

Describing the Sulsa's maiden flight, Scanlan said, "We have witnessed some technomagic today. It's very hard to believe this aircraft was just a pile of dust last Friday."